Hands off! His tracing paper-esque durability could help us keep hold of him.

He's got dodgy knees, never plays, and certainly not for a prolonged period any more. I would be sad to see a player of his ability go, but it's probably time while his stock is still high. Get someone like Nathan Redmond in!

He's got dodgy knees, never plays, and certainly not for a prolonged period any more. I would be sad to see a player of his ability go, but it's probably time while his stock is still high. Get someone like Nathan Redmond in!

That would be the Nathan Redmond that has been linked with several PL clubs including one managed by his former manager who gave him his professional debut would it?

Kebe has never been given the time to get himself together for the last few years because we've always had something to play for and he's been needed. If he gets a full summer ahead of him then he can get to 100% and still be a big player for us next year. Even if we did get rid of him while he is relatively young and his stock is still high why buy another winger? We've already got some of the best in the Championship. What does signing someone like Redmond tell our youngsters that you and others are saying should be given a chance under Adkins? Doubt Jordan Obita would be too happy seeing someone the same age as him being signed.

Assuming Obita can step up of course.. Kebe asked for a transfer as soon as McDermott was sacked (maffff), so who's to say he hasn't changed his mind and we have agreed to let him go if the right offer is made? If he does go then IMO he does need to be replaced, unless Obita shocks the footballing world and turns out to be the next Zaha.

Don't remember Kebe having a mohican 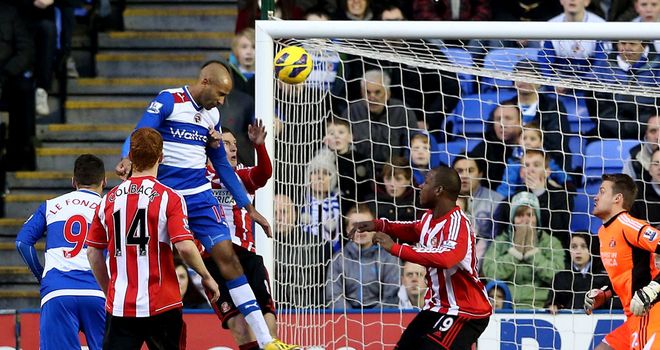 Sell. We've had the best of him.

Love Kebe to bits but considering he's injury prone and has 1 year left on his contract, any offer over £3m, I'd bite their hands off.

Oh my god how can you all just be accepting this? This is worse than Hitler.

Would happily sell in the knowledge we have some ACE wingers coming through from the academy. However, it would be with a painful heart that I'd sell Jimmy, so I'm undecided on this one. Heart - keep, if good money came - sell

Maybe it's time for St. Jimmy to go. We're just being selfish if we keep him to ourselves. Although I want to see him tear apart the Championship again. He's by far and away our best player. His injury was the nail in our relegation coffin.

Approaching 200 games in 5 years huh? The downers regarding Kebe is his fitness and ability to pick up injuries. On his day he can be an absolute magician. Just think back to his first half performance v Villa in the FA Cup QF a few years back. That for me was Kebe at his brilliant best. Unfortunately, and it is fairly typical of a winger, he has lacked the consistency to turn in brilliant performances week in, week out. We were all spoilt by how brilliant Blakey was in 2005/06 so maybe a bit of an unfair comparison.

I would be sorry to see him go but I would imagine he is on a decent wage and that could be better spent elsewhere. But if he gets fully fit and still has a desire to play for us, he will be awesome next season under NA.

This is just a close season non-story really isn't it? Something to give the web guys something to write until some transfers do start to happen. 'West Ham were interested before he signed a new contract in 2012', 'Fulham were interested in the past'. Just a new story based on old rumours and a bit of unsubstantiated speculation.

Maybe its time to give Obita a go?

Can you imagine seeing Jim in another team against us? That would tear my little heart up.

So AZ's arrival was reportedly the thing that made Kebe decide to sign a new contract and yet we only gave him a two year extension?

Now we are back into a situation where we either have to let him go on the cheap or risk losing him for nothing at the end of next season?!

It's no coincidence that our best run in the Premier League came when Jimmy Kebe was fit. He is our best player by some distance and has the ability to turn a game on his own, no other Reading player can say that. Even if he has a bad game, it's normally because he's been doubled up on, freeing up space for others.

However, the injuries are a real worry and it's frustrating that he seems only able to manage 20 games a season - especially when there have been times that he's been worth the price of admission on his own. If we got a significant offer, it would be foolish not to sell him to a non-rival club - but I wouldn't like it and would probably cry a lot.

RoyalBlue So AZ's arrival was reportedly the thing that made Kebe decide to sign a new contract and yet we only gave him a two year extension?

Now we are back into a situation where we either have to let him go on the cheap or risk losing him for nothing at the end of next season?!

Absolutely no point paying him that kind of money to play 15 games a season, especially when players like Hal are starting to step up.
Post Reply
227 posts